Home BC How we started using the Test Toolkit

How we started using the Test Toolkit 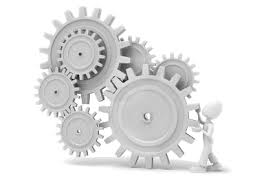 With our upgrade to NAV 2016 from NAV 2009 R2 many new things came available to us at The Learning Network, formerly known as Van Dijk Educatie. Technical improvements like the performance of the service tier, which was one of the major reasons for wanting to leave behind NAV 2009. But of course, next to a vast number of functional features, also the availability of PowerShell cmdlets, upgrade codeunits and test automation. Those who have been following me one way or another know that the latter subject has my special attention: testing and test automation.

In today's post I would like to make a start in sharing our approach and findings in how we started to use the Test Toolkit as being released by MS on each NAV product DVD since NAV 2016. For that I have setup a kind of framework below that allows me refer back to some of its parts when elaborating on it more in posts to come.

So here we go, fasten your seatbelts and stay tuned. And … do not be afraid to ask.

Our primary goal of this exercise was to setup a test collateral, based on the standard MS application tests, to be used as a regression test suite, by

The basic plan to achieve this was to:

With any endeavor there are always a number of assumptions. Or should I say loads?

Well, basically we had these two, being that all MS tests …

This is the world we live in at The Learning Network: