With my branch strategy post, I have provided you with a basis to design a source control structure to store your code in TFS. However, this is just half the story when it comes to how to keep the various branches in sync to the right extend. So here comes in the merge part of the strategy, i.e. the “what about all those FI and RI arrows going up and down?” question I left hanging in the air at the end of my branch strategy post.

Note: the branch strategies discussed (and also not discussed but to be found in the the Branching and Merging Guide by the VS ALM Rangers) can also be applied to other source control systems like Perforce.

We’ll use the DTAP setup to dive into details.

A hotfix is typically issued on a release. Using the DTAP setup you would be ending up updating the code in the relevant release branch, say Release 2.1. So let’s focus on this. 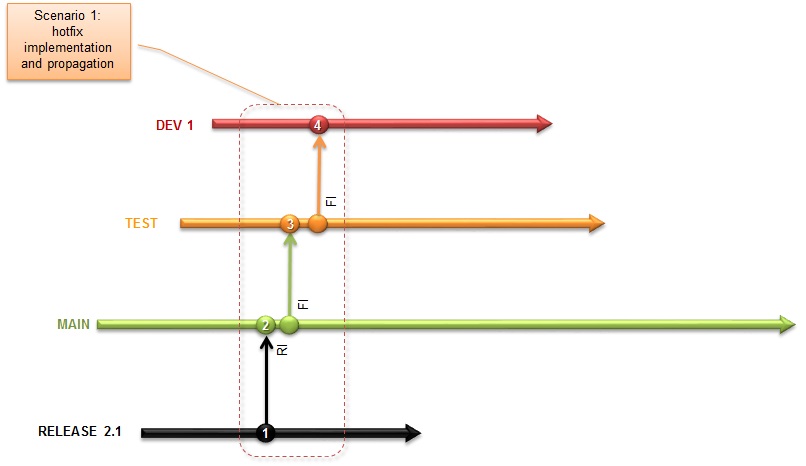 A bug has been reported on release 2.1 and this needs a hotfix that at …

As there are many roads that lead to Rome, there are various ways to achieve this hotfix implementation and propagation, the above being one of them. And alternative scenario could be the following, leaving it to you to fill in the details from steps 1 to 4. 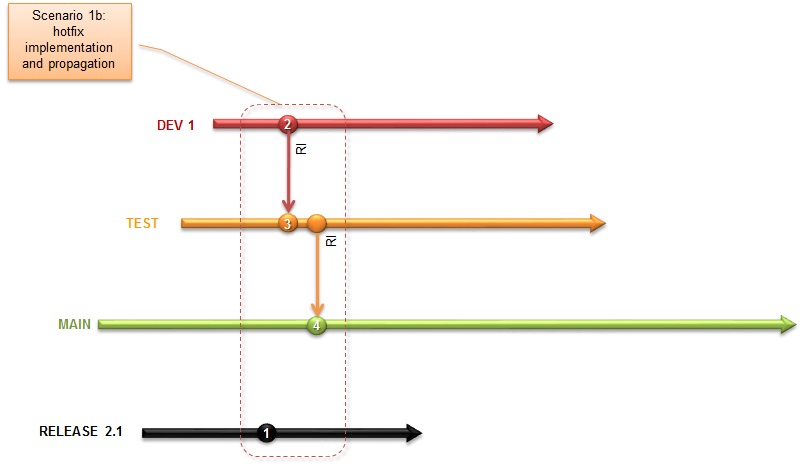 You might consider this scenario to establish a double check before propagating the fix to Main.

Clearly the development of a new feature will be done in (one of) the Development branch(es). You’ve got all requirements and some kind of technical design, thus ready to take off.

But before you start make sure at …