Those of us that have been around long enough will remember that Microsoft Business Solutions-Navision 4.0 came out with the new XMLport and MenuSuite object types. I can clearly remember a sort of astonishment about this UI-less XMLport. To allow you to feed this "pipeline" with data you had to wrap it in another object. Where Dataports had Request Forms like reports the XMLport totally failed this. And if you wanted the user to provide input, you would typically wrap the call to the XMLport into a Report object. Not so long after this version the move was made to the 3-tier architecture with Role Tailored Client and Service Tier, and which deprecated Forms and Dataports. Because of the latter, the upgrade of the XMLport to a "pipeline" that could not only process XML formatted data, but in addition also could handle fixed and variable text based data structures. Again to my surprise, the XMLport happened to have all of a sudden a Request Page. On the Windows Client only, being a kind of teaser to get people upgrading to RTC. On the Classic Client, however, with its Forms and Dataports, the XMLport stayed the headless object it had been since version 4.0.

The era of Web Client

As if the previous history did not make the XMLport a kind of whipping boy already, the era of the Web Client added another 2 chapters to it. The hasty introduction of the Web Client on NAV 2013 was in many aspect a surprise. Maybe the biggest to those who had been spending a hugh effort in getting a web client out as MS had said not long before that there would not be a web client in the near future. But surely also at a less dramatic level where it appeared the web cient did not support the UI part of the XMLport, and again one did need to wrap it somehow to enable user interaction (chapter 1). Not a regular user of web clients I must admit I only recently, and accidently, found out on BC 14 that the web client did not support, when my Opgona Junior Training students had to build a XMLport for their extension. An XMLport with a Request Page. And me naively stimulating them to run and test, finding out that inevitable: the XMLport can only be run UI-less on the web client! 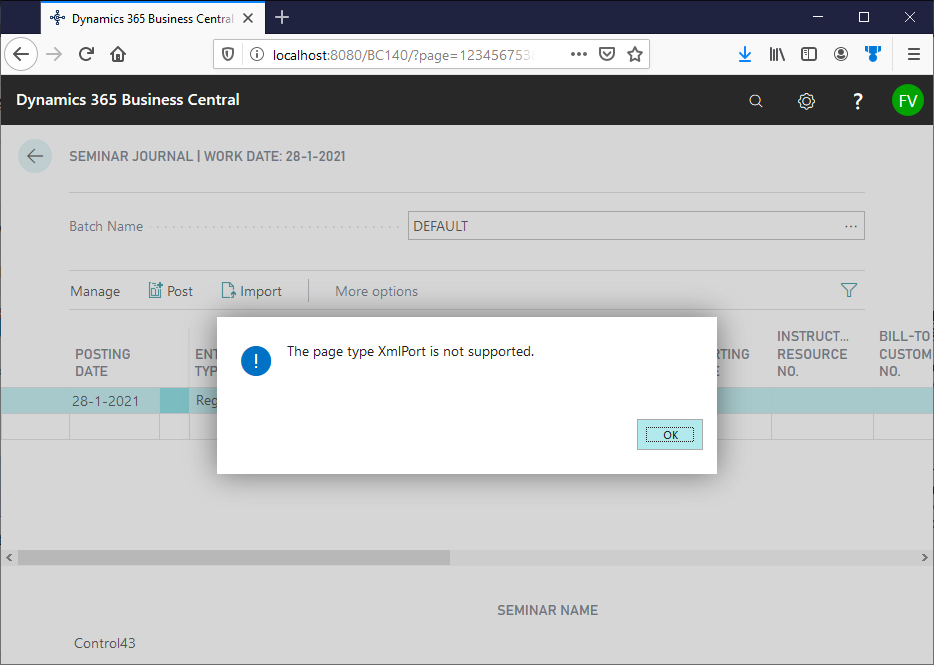 Bummer, but hell, we were on BC 14 and Windows Client could still come to the rescue. Après nous le déluge, right? Nope, at that time BC 15 was on the verge of being released and this would certainly end the era of the Windows Client: the web client was needed to support the XMLport in its full extend (chapter 2). And luckily it does, contrary to what docs.microsoft did tell us at that time (but this has been updated) and unfortunately the tremendous book I had the honour to contribute to, Mastering Microsoft Dynamics 365 Business Central, tells us wrongly on page 244 (printed version).

Windows Client is dead, long live the XMLport on the Web Client! 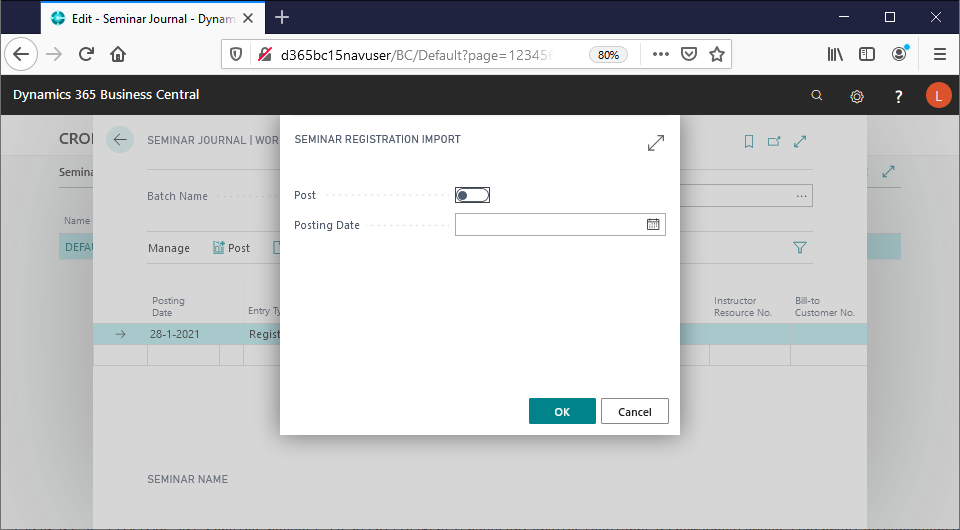