Joining dynamicsuser.net recently I started writing my blogs to share my NAV experiences with you. So I thought I could spend a couple of posts on some of NAV’s undocumented features. Greenhorn-me just sad down and wrote, not taking much time to investigate the load of posts on dynamicsuser.net. It was not long after I had a discussion on them with Marq in which I even learned one from him. Lucky me! One he apparently had learned about not so long ago (if I did recall it right from David Singleton) using a question mark (?) in any NAV text field to evoke the Standard Text functionality. 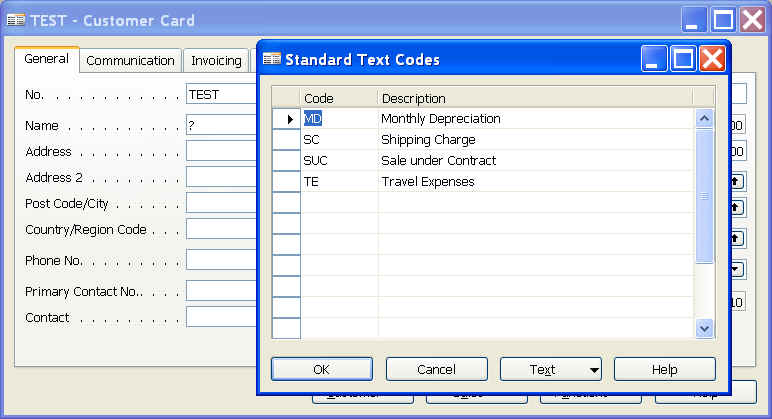 Thus I refrained from writing about that feature, but still wanted to know if it was already documented on any user forum. This morning I started my search typing in Standard Text. Oops … even too much hits for a lazy Sunday. With some additional filtering I found a post by David on the subject: one in the thread on List of the Undocumented Features of Dynamics NAV. And …

… oops, I also read about some of the undocumented features I had been writing about so far. [:$]:

Sorry for that guys. However reading the comments on my posts it was useful even for some of the ‘old’ guys. And that’s why I decided to write this post to draw attention to this topic again. So reader … if you haven’t read the List of the Undocumented Features of Dynamics NAV post yet … and you might have some missing ones to add to the thread.