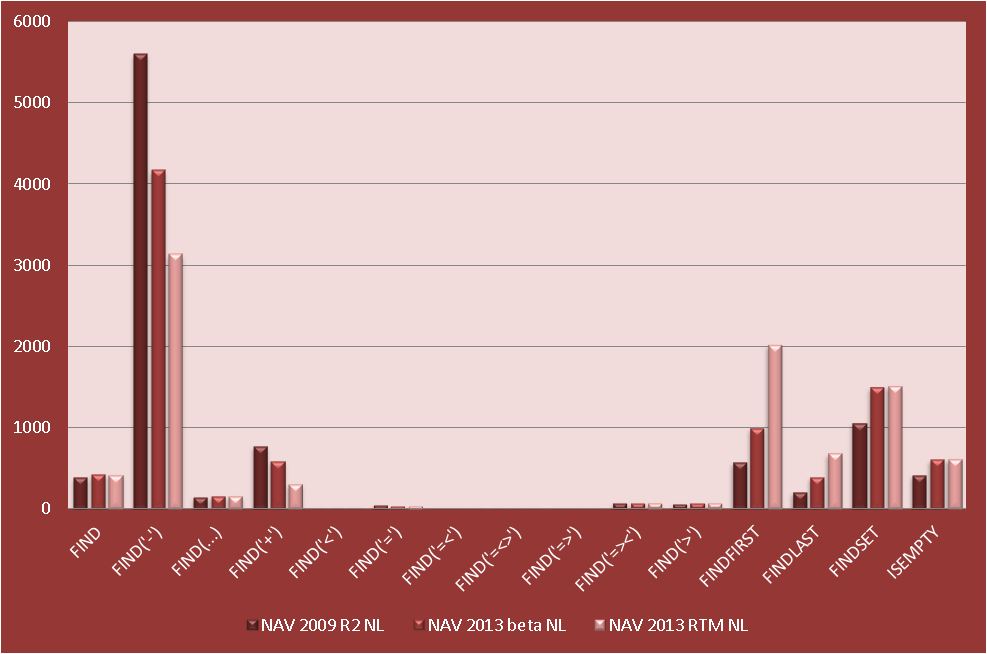 Note that the relative occurences of most other variations of FIND() did not change (see the next graph).