One of these of every day things that makes work so easy; you just take them for granted. Getting the 2.2.0 update mail from Christian Clausen, I realized that's what Statical Prism has become for me. No fuss of whatever setup, except for having my code in .txt objects in a directory. Using a source repository, that's what is on my system by default. But hey, let's not repeat what I wrote before.

If you haven't used Statical Prism before, go and try it. If you did and stopped because of some missing features, you might want to pick it up again as the 2.2.0 release has some major features added to it:

The first was something really missing; I mean, we very often would like to know where the OnInsert trigger was being called, don't we.

The second as a very nice-to-have one. Typically not on my list, but now looking it … it's neat. In many cases Find Usages on fields yields a long result list. Often overwhelming. Now it's possible to filter this list.

Say you want to find the usages of the primary key (Code) on the Currency table (4). This would be the result: 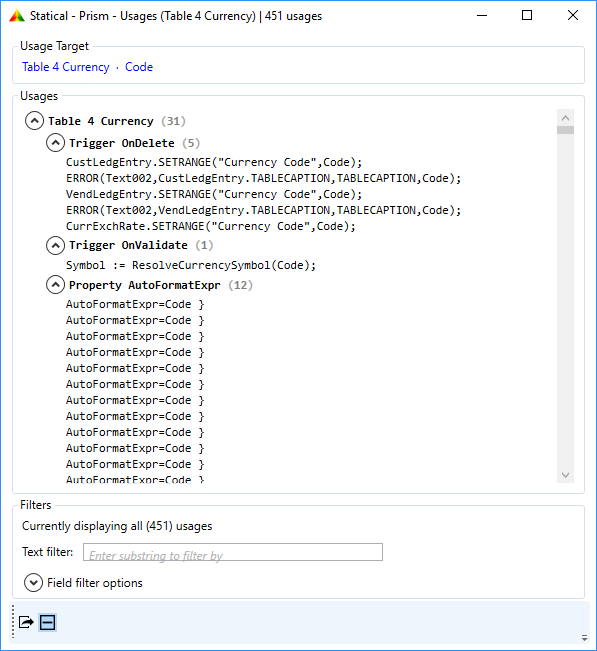 451 hits, maybe too many just to browse through. Say you're only interested in the usage related to SETRANGE. Use the Text filter to filter out only hits relating SETRANGE, this will show the following: 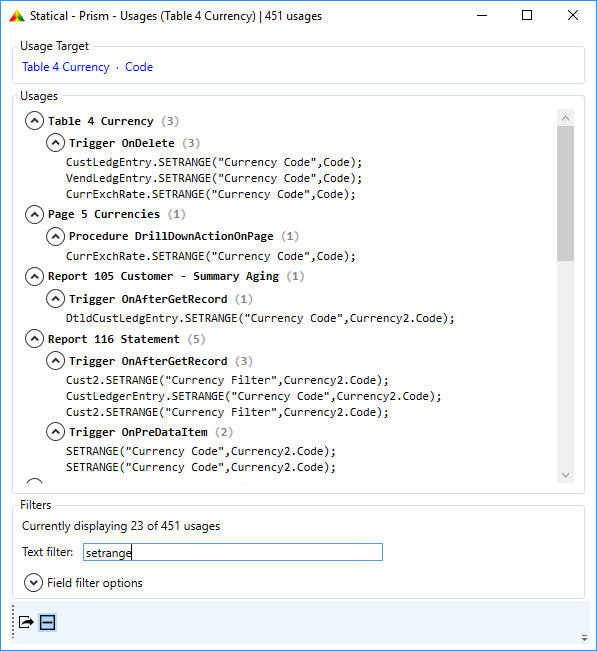