Home BC What happened to SQLIndex?

Chew, it has been quite some time we met here. Feels like learning to blog again. If you have been waiting for me all that time I make a deep bow and apologize for that. It has been a very busy 8 month period starting last December bringing our NAV 2009 R2 classic environment eventually to NAV 2016 last July. And after that … a well deserved vacation in our little house down south in France. I guess it never felt more like that: time to take a leave and enjoy live in a total different way. And we sure did.

And now back on the job again. But with one major change: we're on 2016 now. Finally. FINALLY! Over three years ago I joined Van Dijk Educatie to get their Dynamics NAV installation to the latest version, NAV 2013 R2 at that time, but due to higher operational priorities, and to my dismay, it was postponed a couple of times. But we made it. Just before our high season started, end of July, and to the satisfaction of all our colleagues. Go Live on Monday July 4th went smoothly. We had been on it for all those 8 months, getting from NAV 2009 R2 classic to NAV 2009 R2 RTC in February and then straight to NAV 2016 in July. I must say it was quite an effort from dev and test with great involvement from all. And yes, we have a nice number of lessons learned to share with you. Hope I will find time enough to get that done, here, so stay tuned.

Well, let's take the bull by the horns, as we say over here; let's start immediately. With an issue that had been bugging our operation ever since I went out to enjoy may vacation. Pure coincidence of course. [8-|]

I was informed that our colleagues were frequently experiencing deadlocks on the Warehouse Request table (5765), which sounded unfamiliar to me. Looking in the history of our 2009 installation TAB5765 was hardly ever an issue, but I noticed we had some customization on this object from way back in 2012, fixing … deadlock issues!

It indeed did solve the performance issue at that time.

But why were we experiencing seemingly the same again?

The PK wasn't changed by MS and we had kept the SQLIndex property customization on the PK. But clearly, monitoring the deadlocks it showed that it was using the PK.

However, looking at the SQL implementation of the PK, I could not believe my eyes: 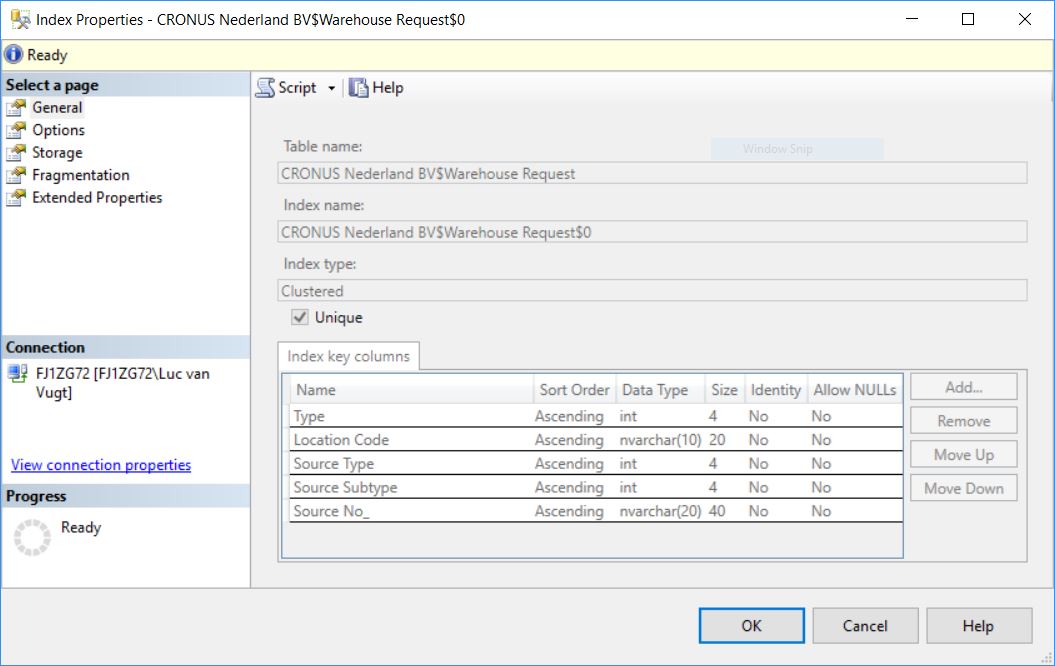 Do you see what I mean? It's the standard PK structure:

Not the one defined by the SQLIndex property:

This is somewhat scary. Is SQLIndex not working anymore?

Technically it could have been a candidate for the Clean Team as there is no need for this property anymore since we're on SQL only since NAV 2013. But … migrating old code that uses SQLIndex to 2013 or beyond should however implement the key as defined by SQLIndex.

Some more detailed investigation learned me the following:

Why C/SIDE has changed this way I have no clue, but it scares me somewhat.

Mr. MS could you tell us why? If not please revert to the old behavior.

Indeed as David points out the non-optimal PK should have been fixed by MS and even more, the app code also, as there are a number of GET calls that have to be restructured to reflect the updated PK structure. Here is the list of objects that are affected: 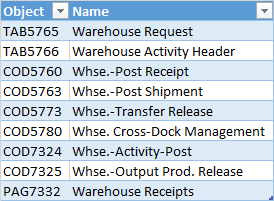 Not long after this post I reported the issue to Microsoft and they acknowledged the bug on the SQLIndex property and informed me that it will be fixed in the next Cumulative Update.

Regarding the non-optimal PK: this is still under investigation and apparently has lower priority as this has potential more impact on all installations out there.

I hadn’t checked it myself yet, but just now I saw SQLIndex issue on the PK is fixed in NAV 2017. It wasn’t yet in NAV 2016 CU11 (which we are currently running on). It should have been fixed in CU12, but I haven’t checked that and at the moment the KB page is unavailable.

Today I was informed by my fellow NAV developer from Finland, Urpo Kotipalo, that this is unfortunately not fixed in NAV 2016 yet (tested in CU15). My MS contact informed me:

Today I checked in with the team that backports bugfixes and asked that the bugfix should be applied to NAV2016. I don't know in which CU it will appear, but it will be ported. Sorry for me not following up on your original request, everything is in process right now.