Home BC Why you would want to collapse your FastTabs

Why you would want to collapse your FastTabs 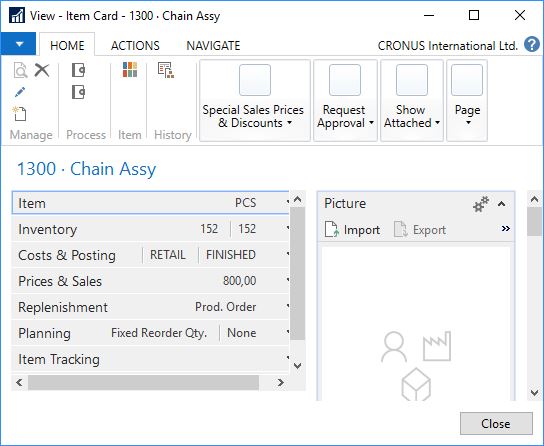 Or freely translated from an old Dutch saying (Doe de deur dicht! Je bent toch niet in de kerk geboren?): Close that FastTab! Have you been born in church? … meaning: keep the door closed, do not spoil the heat inside.

And that's what this small post is about: have a better performance by collapsing the FastTabs on your pages.

After our upgrade to NAV 2018 we experienced a number of performance issues. One I blogged about some months ago. Another concerned the loading time of the Item Card. Simply opening the Item Card could take up to 11 seconds! So I played around removing various parts from the card page. Removing various FlowFields. No real improvement it seemed. Moving sub-pages, added as customization, to actions. Wow, that was much better: 3 seconds loading time. Another second was won by removing FactBoxes. So I was quite pleased with what I achieved and deployed it to our acceptance environment for my customer-colleagues to test.

To my dismay they reported back that they did not experience a real improvement. The loading still took almost the same while as before. Well, Luc, you should not lie, it did improve! Loading time went down, but it not as dramatic as my tests showed.

Ouch, that was a disappointment. Or even more: a riddle. So we ran some more tests. On my local environment. On our test environment. Our product owner did his tests. Etc. And every time I loaded the Item Card it was significantly faster than in his case. Even on the same environment.

So, what he h*** made the difference? We even joked about my privileges being an MVP. And then we saw a stupefying differences. The number of FastTabs that were collapsed! The more that were collapsed, the faster the loading. Wow, never knew about that. A great feature and a major difference with the olden day forms, were all data was loaded even though that Tabs were not displayed (yet).

But how to help my colleagues to easily close all FastTabs and only open the ones they really need? Would be great to have two buttons on each page with FastTabs that allows you to collapse and elapse all FastTabs in one touch. Being in contact with MS on this issue I immediately applied for it. Let's hope we get it soon.

So … collapse those FastTabs and don't spoil performance. You're not born in church!